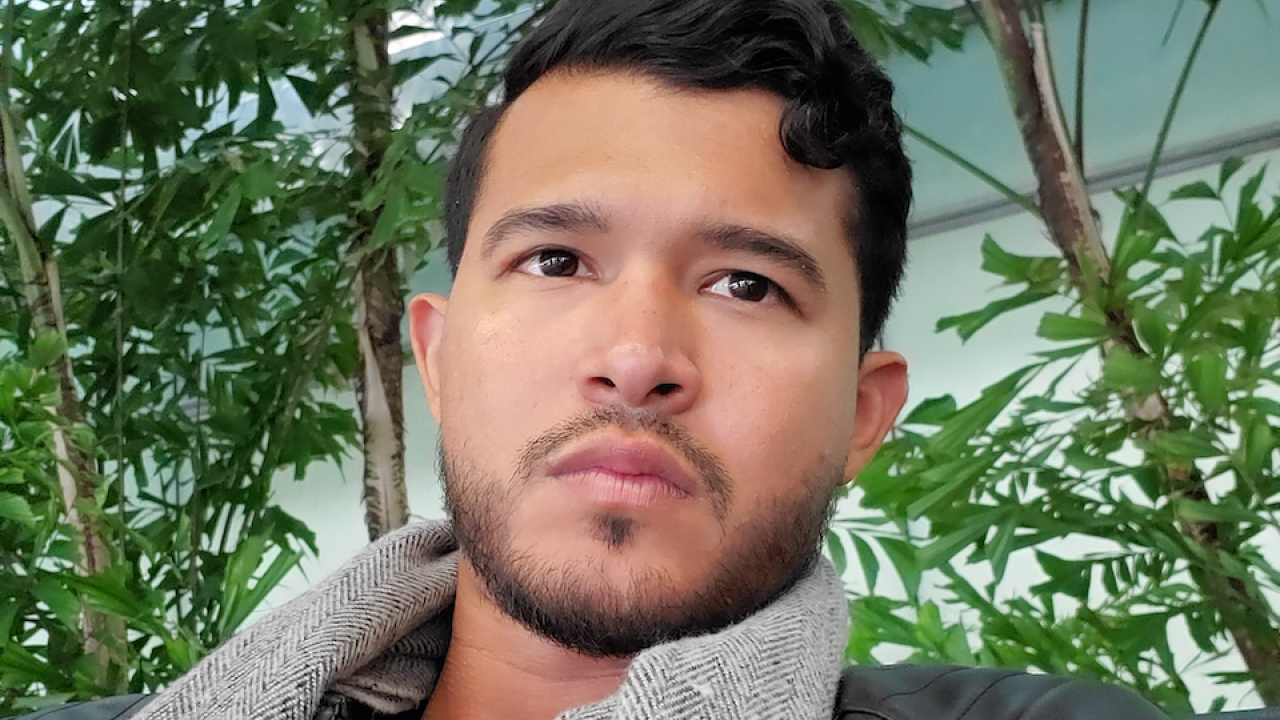 Meet University of California, Davis Ph.D. candidate in Civil and Environmental Engineering, Carlos Otero.  Otero is currently involved in research projects sponsored by the Pacific Southwest Region 9 UTC, and he is making a valuable contribution to the work.

Otero holds both a BA and a master’s degree in Industrial Engineering from Universidad del Norte, Barranquilla-Colombia, where he also served as an Assistant Professor. Otero shares that teaching is one of his biggest passions.

His advisor, UC Davis Associate Professor of Civil and Environmental Engineering Miguel Jaller, remembers the first time he met Otero, a couple of years ago when he was invited to teach a short optimization course at the university in Colombia. At that time, Otero was enrolled in the Industrial Engineering MSc Program. “Even though it was a short course, I noticed that Mr. Otero was very intelligent, hard-working, and more importantly he was a critical thinker. For the next year, I followed Mr. Otero’s work under one of my colleagues from Colombia, and then made him an offer to join my research group and start his Ph.D. studies at UC Davis,” says Jaller.

Otero started his study at UC Davis in Fall 2018, and he has already made a significant contribution. He is currently engaged in two research projects.  One, sponsored by the PSR UTC, addresses the impacts of automation, electrification, and shared mobility in freight. For this study, Otero has conducted extensive research using both academic and commercial sources. He also conducted analyses that include the economics, and the environmental and social impacts of such technologies in the long-haul, and more short-haul urban distribution settings.

For the second research project, Otero has been working on incorporating sustainability objectives in traditional freight and logistics operations. Specifically, he and the team developed a set of variants of the traditional joint replenishment inventory model to include objectives that span beyond the direct logistics costs. Their initial work has already led to the publication of one journal article, a presentation at the 2019 International Urban Freight Conference, and they also were invited to contribute a chapter to a new logistics book.  Otero also supported the analysis and writing of a book chapter to which the research group was invited to contribute, discussing the impacts, costs, and benefits of the potential electrification of drayage transportation at the ports of Los Angeles and Long Beach.

All these accomplishments are particularly significant considering that Otero just started his Ph.D. studies last Fall.

Jaller is very impressed with Otero’s technical and research capabilities, and he believes that the record of publications during this year is a testament of the merit of his work. “Otero has accomplished all these while still demonstrating excellent academic performance with his courses, even when this is the first time, he has taken courses in English and not in his native language, Spanish,” he noted.

This article was originally featured in the University of Southern California and California State University, Long Beach's METRANS Transportation Center's newsletter and authored by Adylbek Abdykalikov, a graduate student in the International Public Policy and Management Program at USC Price.

NCST's 2021 Outstanding Student of the Year